To enable syncing of Shopify variants on Shopee select the Variants checkbox and click on Update. 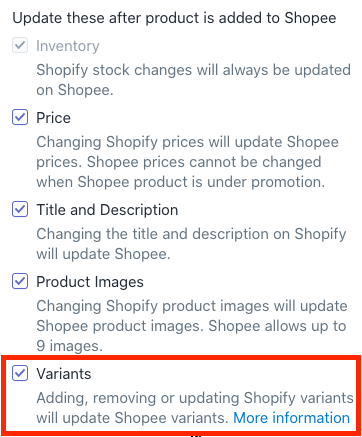 Shopee has strict rules for products and variants and syncing will not work when these rules are broken: