This feature offsets the price difference by adding a discount on the Shopify order.

For example, let's say we have a dress, 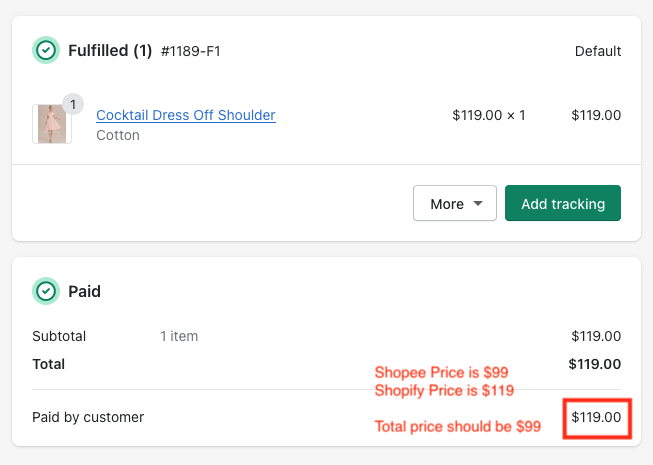 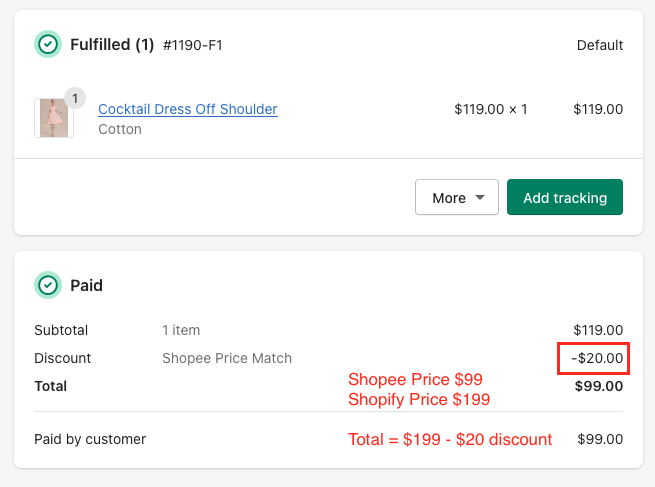 Note that the Shopify product price is still $199 but this order has an extra discount to make sure that the total price matches the Shopee order.